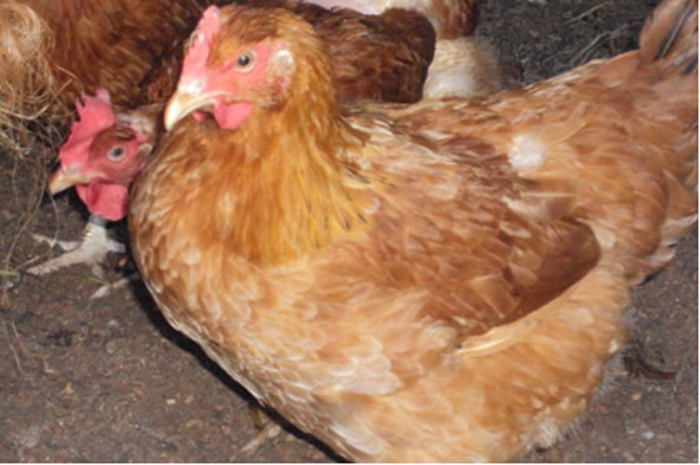 This comes against a backdrop of increased cost of production for broilers and layers variety, where 70 per cent of the expenditure emanates from feeds, according to the stakeholders.

Kenbro, which belongs to Kenchic, was developed by a French company. The eggs from this type of chicken are in high demand with one selling at Sh30 compared to Sh15 for those from indigenous breeds and Sh12 for exotic breeds.

“For long, we had registered numerous losses as a result of high cost in maintaining broilers or layers, but with the Kenbro breed, that is now a thing of the past,” says Patrick Shiyuka, a poultry farmer in Uasin Gishu County.

Mr Shiyuka notes that Kenbro chicken, unlike the exotic breeds, are not heavy feeders and they can also feed on other types of feeds, not necessarily commercial ones.

“I feed these birds with cabbages and sukuma wiki, and they feed on them so well. This has played a significant role in cutting down the cost that I incur in buying commercial feeds,” says Mr Shiyuka.

According to the farmer who has 150 birds, he uses a 70-kilogramme bag of commercial feeds every week, which he considers as low compared to those who are rearing layers or broilers.

Triza Wanjiku, a poultry farmer who keeps pure exotic breeds of broilers says she spends a lot on feeds before selling them off after six weeks.

“I use not less than Sh64,000 on feeds alone. This is because the cost of commercial feeds has gone up and this type of breed that I keep is a heavy feeder,” says Ms Wanjiku.

Ms Mwangi who keeps 300 birds uses a 70-kilogramme bag of broiler mash daily that costs Sh3,870. According to Humphrey Mbugua, technical advisor Kenya Poultry Breeders Association, Kenbro is a hardy breed, compared to hybrid chicken and can be farmed free-range like the indigenous birds.

Dr Mbugua says the breed matures faster than local birds with proper feeding, adding that they start laying eggs at five and a half to six months and can attain up to four kilogrammes.

“With good management, this breed is the best for farmers given their resilient nature,” says Dr Mbugua.

Depending on what the farmer wants, the bird can be managed to produce eggs or meat. When managed as a broiler with commercial feeds, it can achieve 1.5 kg in seven weeks, or after three weeks of brooding it can be managed on free range with minimal supplementary feeding and be ready for consumption or sale after 10 to 14 weeks, according to Dr Mbugua.

Out of 150 hens, Mr Shiyuka collects 149 eggs daily, noting that the production ability of this breed is near a hundred per cent. Another advantage of this breed, he says, is that they do well with any type of commercial feeds, whether high or medium yield.